Yesterday, in D.M.T v. T.M.H., the Florida Supreme Court held that the assisted reproductive technology statute was unconstitutional because it does not provide equal protection to same-sex couples. The current statute only permits a commissioning couple to be heterosexual. In a 4-3 opinion, the Florida Supreme Court held that this law violates fundamental constitutional rights to homosexual couples. If you want to read the full opinion, click here.

In T.M.H., the case involved a lesbian couple who decided to have a child together. They were in a committed relationship for more than a decade. One woman provided her egg (the “biological mother”) and the other woman carried the child (the “birth mother”). Unfortunately, a few years after the birth, the relationship dissolved, and the birth mother refused to give the biological mother access to the child, because she said the biological mother was merely an “egg donor” under Section 742.14Florida Statutes. The statute in question is meant for anonymous egg donors, and requires that they relinquish all rights to the children born from their eggs. Thus, her argument was that even though she was in a committed relationship with the biological mother, the bio mom should be considered to be nothing more than an egg donor.

While the Supreme Court held that the biological mother was a donor under the definition of the statute, it also determined that the statute was unconstitutional as applied in T.M.H., because it denied her the right to raise her child.

“It would indeed be anomalous if, under Florida law, an unwed biological father would have more constitutionally protected rights to parent a child after a one night stand than an unwed biological mother who, with a committed partner and as part of a loving relationship, planned for the birth of a child and remains committed to supporting and raising her own daughter,” the Florida Supreme Court held.

The Assisted Reproductive Technology (“ART”) statute also defines “commissioning couple” as an intended mother and intended father, leaving no opportunity for same-sex couples to utilize the ART statute (same-sex couples have utilized ART to create their families in Florida, though these arrangements are normally created under Chapter 63 as Pre-Planned Adoption Agreements). The Florida Supreme Court held that the law violates equal protection law because the definition of commission couple didn’t apply to same-sex couples.

The Florida Supreme Court held: “We conclude that the state would be hard pressed to find a reason why a child would not be better off having two loving parents in her life, regardless of whether those parents are of the same sex, than she would by having only one parent.” Indeed, this is great news for same-sex couples wishing to utilize ART to create their families in Florida.

This is by no means an Intended Parent/Surrogate relationship. This was a personal relationship, although many news headline are referring to the lesbian partner who carried the child as a surrogate. In this case, the woman who gave birth to the child was the lesbian partner of the woman whose egg was fertilized by a sperm donor. Sha’Kayla St. Mary, who was the carrier, and Veronica Lynn Damon, whose egg was fertilized chose to have the child together while they were in a romantic relationship. According to St. Mary, the women determined that Damon would contribute the egg for in vitro fertilization with sperm through an anonymous donor, and that the resulting ovum would be implanted in St. Mary, in order that both of the women would have parental status. St. Mary would be the birth mother and Damon was the genetic mother. The women executed a co-parenting agreement in case they broke up, wherein they agreed they would both be a part of the child’s life, and would share in the responsibilities of raising the child.

St. Mary was listed on the birth certificate as the mother. After the the couple’s relationship ended, however, she executed an affidavit indicating that Damon was the genetic mother. Damon used the affidavit to get a court order declaring her the “biological and legal mother” of the child, and the birth certificate was amended accordingly. When St. Mary sought timesharing and child support, Damon stood behind the court order declaring her the legal mother. Unfortunately, the lower court treated St. Mary as a surrogate who had no legal or biological rights under state law. St. Mary appealed this ruling, and the Nevada Supreme Court reversed the court’s order unanimously. The Nevada Supreme Court held that a child could have two mothers and that a parenting agreement such as the one that they developed could be enforceable. This case has been remanded to the lower court to hear St. Mary’s argument.

When a same-sex couple chooses to pursue the use of assisted reproductive technology to create their family, it is important to establish the rights of both individuals. This could be through the pursuit of a second parent adoption for the partner that is not biologically related and/or the creation of a co-parenting agreement, in case the relationship ends. Although it might seem depressing to think about a relationship’s demise while preparing for such a joyous occasion as the birth of your child, it is best to be as thorough as possible so that all expectations and responsibilities are established beforehand. Pursuing a second parent adoption is most certainly essential, and can be done in Florida, through some legal maneuvering.

The only answer to this question is a resounding YES! It might seem formal. It might seem like a gloom-and-doom approach. But it is absolutely necessary and worth the money to have a contract drafted and reviewed. When your friend volunteers to serve as your sperm donor, you might just feel elation to have found someone so great who is willing to help you. But the reality is that your rights and responsibilities regarding the child born from this donation should be contracted by the parties. People change. Feelings can emerge. What if your donor decides after the birth that he wants to seek custody, or timesharing, with the child? What if the intended parents try to make a claim for child support against the donor? It is important to execute an agreement that resolves these issues, and many, many more. Without an agreement, a future dispute may be “he said, she said,” resulting in a costly court case. Paying a little money to draft a contract before the donation occurs could save a lot more money and stress in the long run. 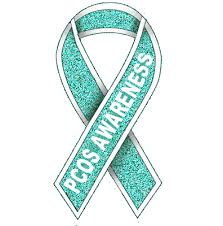 Do you know what PCOS is? PCOS stands for Polycystic Ovarian Syndrome. According to the U.S. Office on Women’s Health, PCOS is the most common cause of female infertility. Some of the symptoms of PCOS include:

The problem with PCOS is that no one knows what exactly causes it. Researchers believe insulin is linked to PCOS. Women with PCOS frequently have too much insulin in their bodies. The insulin increases androgen production, and the high androgen levels can result in the inability to ovulate regularly. Many women with PCOS have trouble getting pregnant. Some turn to assisted reproductive technologies, such as IVF, using an egg donor, or using a surrogat